Which? calls for action on faulty household appliances

A recent investigation by consumer body Which? has revealed that faulty household appliances are responsible for more than 60 house fires each week in the UK. 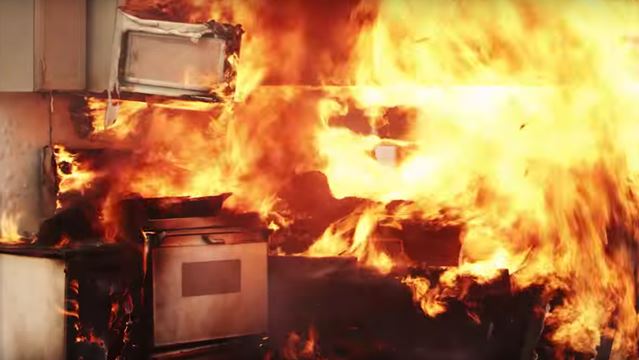 This “stubbornly high” figure highlights the fact that Government action to remove potentially dangerous electrical white goods from homes is falling “woefully short”, Which? warns, as it challenges ministers to explain how the fledgling Office for Product Safety and Standards will tackle the problem.

The investigation analysis, based on fire data obtained via Freedom of Information requests, reveals that the amount of fires has stayed at roughly the same level for five years, with malfunctioning kitchen appliances causing approximately 16,000 fires across the UK since 1 April 2012.

Faulty washing machines and dryers were the most high-risk appliances, causing more than a third (35%) of blazes between 1 April 2014 and 31 March 2016. Over the same period, cookers and ovens caused 11% of fires, dishwashers 10% and fridges, freezers and fridge freezers 8%. 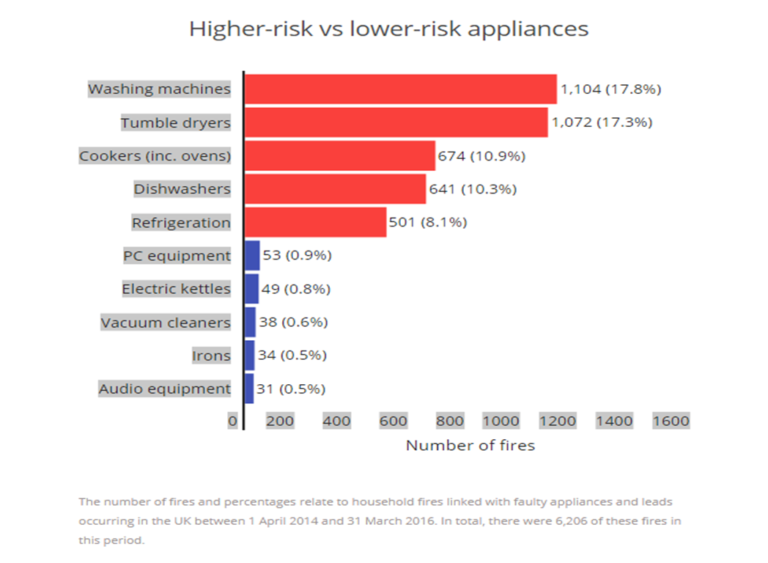 Which? has written to ministers giving them three months in which to devise and publish a strategic plan for the Office for Product Safety and Standards. It urges them to set out the “true scale” of product safety risks in the UK and take immediate steps to prevent further fires, including removing an estimated one million potentially faulty Whirlpool-made tumble dryers which are still present in UK homes.

Last month a House of Commons committee urged Whirlpool to take “urgent action” to resolve the problem that has led to at least 750 fires since 2004. Its inquiry into risks from faulty electrical items was triggered by last year’s Grenfell Tower tragedy when 71 people died in a fire caused by a faulty Hotpoint fridge-freezer. 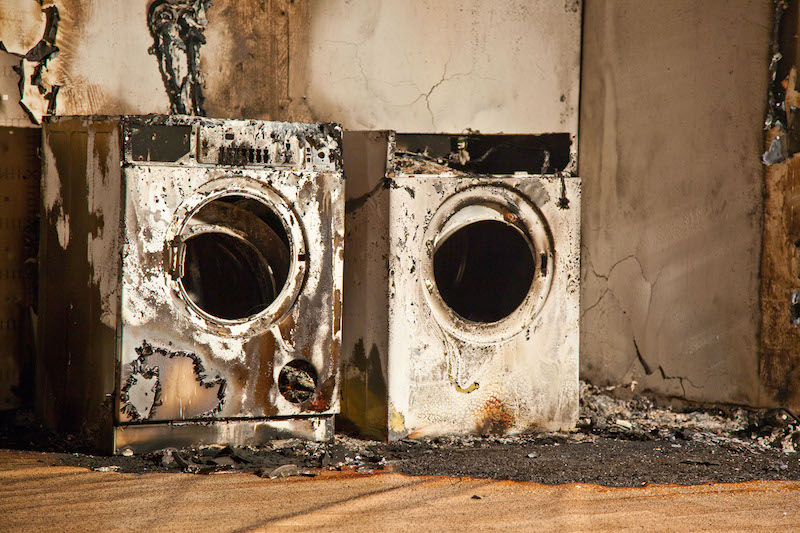 “It’s shocking that there are more than 60 house fires every week in the UK because of faulty appliances” said Peter Vicary-Smith, Which? chief executive. “The government must now publish an action plan for the Office of Product Safety and Standards, setting out what it will do to keep dangerous products out of consumers’ homes and tackle Britain’s broken product safety regime.”

A spokesperson for the Department for Business, Energy and Industrial Strategy said: “The government’s top priority is to keep people safe, which is why last month we set out our approach to further strengthen the UK’s already tough product safety system.”

*Source: Which?, The Guardian