Unsafe charging devices are often made in China for as little as 3p per unit, which means poor quality components. Sometimes these products don’t even have safety features such as fuses. 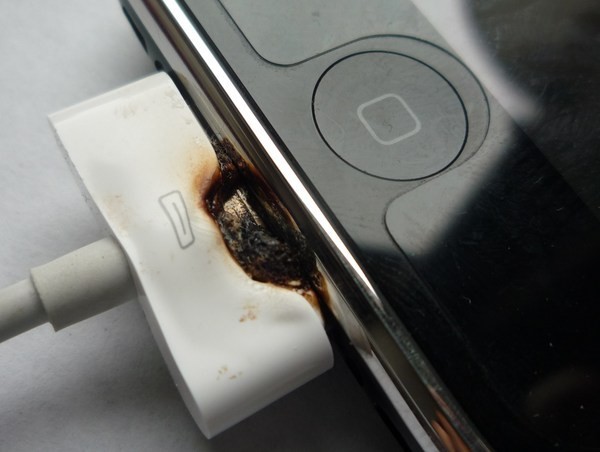 A genuine Apple charger contains more than 60 individual components, while a counterfeit contains an average of just 25.

Electrical Safety First, the UK’s electrical safety experts, tested a range of fake iPhone chargers and found that a staggering 98% had the potential to cause a fire or give an electric shock.

Protect yourself against purchasing a fake phone charger

• Look for a manufacturer’s brand name or logo, model and batch number.
• Check for a CE mark
• Check that the output voltage and current ratings marked on the charger and your electrical device are the same.
• Do not rely on a CE mark alone as a guarantee of safety – it’s simply a declaration by the manufacturer that the product meets all the safety requirements of European law, but they can be easily forged.