Home burglaries on increase as clocks go back

As winter approaches the clocks inevitably go back to mark the end of British Summer Time and the impending doom of darker nights… but it’s not simply a change of season that this signals. 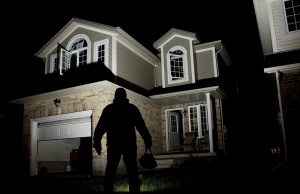 Homeowners are being advised to be on their guard this autumn as a report by Co-Op Insurance, which analysed thousands of customer claims, revealed an alarming spike in burglaries in the five months following the reversion to Greenwich Meantime.

The research has attributed the 36% rise in home break-ins to the the fact that burglars find it far easier to hide under the cover of darkness during the winter months, with unoccupied houses being far easier to spot due to the fact they do not have lights on.

Head of claims at Co-op Insurance, Jonathan Guy, stated: “Unfortunately darker nights lead to more burglaries and we are urging people to be vigilant and think carefully about both their own, and their properties’, safety.”

To ensure you stay safe this winter, take a look at our reliable and affordable alarm systems for your home.