We’ve all heard of infamous prostitute murderer Jack the Ripper who terrorised the streets of Whitechapel in 1888, but sensationalism by the press was largely responsible for his notoriety. 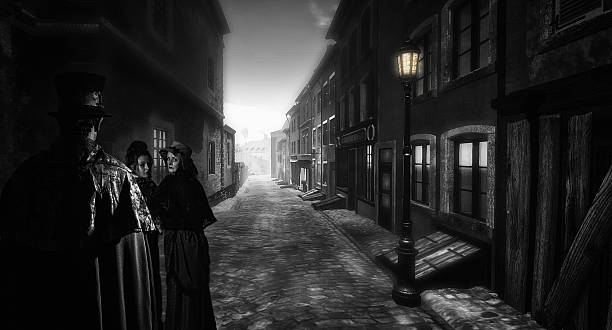 In fact, Victorian England was already riddled with crime, much like it is today. We highlight just a few of the Victorian villains who were wreaking havoc back-in-the-day.

Records of more than 250,000 Victorian reprobates are available online on family history website, Ancestory.co.uk. The database reveals details of reprobates and unsavoury characters from the Dorset and Gloucestershire areas, and some of the crooks include a man sentenced for stealing pigs’ cheeks and a teenager who pilfered rabbits.

To combat this surge in crime, a modern-style police force was introduced in 1856 which completely revolutionised the way in which criminals were caught, arrested and charged. Prior to that most places in Victorian England only had an unpaid parish constable to keep law and order.

Before the ‘mugshot’ as we know it was introduced, all distinguishing features of prisoners were simply noted down. Some years later the Prevention of Crime Act 1871 made it a legal requirement for all people arrested to have their photographs taken.

In many pictures criminals were forced to hold up their hands because some had fingers or thumbs missing – and these features were used by the police to identify them.

As Britain entered the 1900s, side and front shots were also taken of those arrested.

Often, Victorian criminals convicted of serious atrocities were often sentenced to transportation meaning they would be sent to the colonies where they would serve out their prison sentences at minimal cost to the state. The Victorian era saw roughly 160,000 people, including men, women and children (some as young as nine years old), sent to Australia.

Conditions on board the transportation ship were appalling, with many convicts dying on the long journey, which took between four and six months.

On arrival the prisoners would normally be segregated, with the most hardened criminals being sent to special prisons or areas. Others would be employed as servants to the settlers or put to work.

Discipline was harsh with offences often being punished with 50 lashes from the cat o’nine tails or by serving time on the chain gangs building new roads.

Upon serving their sentences some convicts would go on to make lives for themselves in Australia becoming tradesmen or trying their luck at gold prospecting. A few who worked hard and saved enough money were able to return to Britain.

Keep yourself safe in the modern age with a monitored security system from Smart Home Protection.